MEMORY BANK - 2010 September 21, 2010 - New York City - It was an exciting moment in many respects, and this trip, this day, and entire experience was filled with an extreme amount of crazy events. So many, I cannot begin to share here, but I will hit the high spots and someday share the many many crazy details of this trip on my web site Memory Bank. It was the First Release on my own label Upper Management Music. The project is titled "Taken", from a duet with Richard Marx, whom I still have not met in person after all these years. The record release party was held in New York City, and we started the day performing in Times Square, then we performed songs from the new project on the 86th floor of the Empire State Building It was truly a one-of-a-kind release party. The project also includes a song with Dolly Parton, titled "In The Garden By The Fountain". TAKEN released September 21, 2010 Rhonda Vincent - Upper Management Music 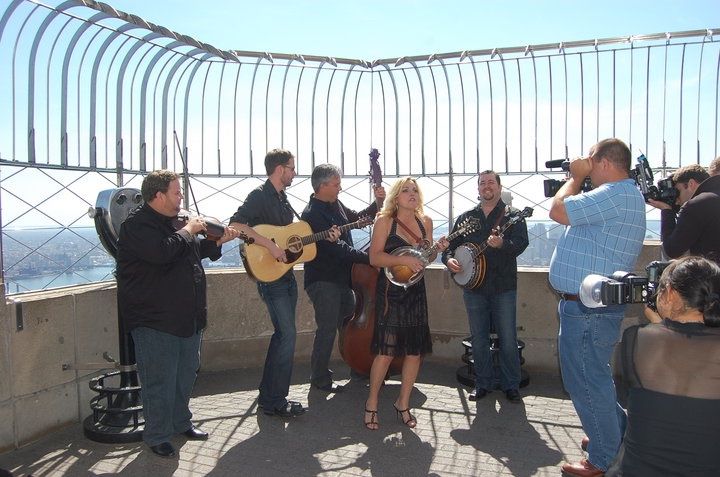